Many of Chelsea's doors are locked not because it's summer, but since Cheim & Read has Joan Mitchell's Trees what's the point? I have been reading about Riopelle: her earlier paintings here, with him in Vétheuil in the Île-de-France, frame the trees more closely, while the paintings from the early 90s, well after her split with Riopelle and deteriorating health are of orchards from a distance. Riopelle railed against symbolic content, Mitchell was against the Exressionists, calling Willem de Kooning an Expressionist, saying she has more kinship with the Impressionists. Riopelle thought the Impressionists were "cheats" but that Van Gogh was the "extension" of the history of Dutch painting. The Île-de-France inspires a war with Van Gogh, whom Artaud called "bodily the battlefield of.. the problem of the predominance of flesh over spirit, or of body over flesh, or of spirit over both.." with Monet near by. Provence gets you Van Gogh and Cezanne: Picasso holed himself up there to do battle with Manet and Velazquez; Kiefer ties the landscape in to controversial aspects of German history. Mitchell admired Van Gogh a great deal, and would, like him and not Riopelle, call herself spiritual. The show revolves around two paintings of cypresses, the first from '64 can't be reproduced (hence this note). Riopelle said "I don't take anything from Nature, I move into Nature." (which Mitchell doesn't like capitalized, saying "Larry Rubin [William Rubin’s brother] kicked me out because Greenberg 'dropped me.' Because Greenberg said, 'Get rid of that gestural horror.'")

A few weeks ago I became aware of the pronouncement in The Boston Review, which I don't read, that "To confront, reinvigorate, and complicate the conversation about class in contemporary poetics, we are launching a poetry forum with this capacious essay by Daniel Tiffany." They could start by checking the attributions on the quotations and paraphrasing.  I just checked to see if I had forgotten some point that Margaret Cohen made and I hadn't..  I will leave this up here briefly...

"Tiffany cites Margaret Cohen's writings on Gothic Marxism and then moves on to the unattributed conclusion "..not only must the working class destroy itself, but it cannot become fully conscious of itself until it does so."  This is made to sound like a paraphrasing of Cohen's writings on the topic, but nowhere does she make that statement directly or indirectly.  The quotation cited to explain Cohen's concept of Gothic Marxism in the previous paragraph is not Cohen's, but an unattributed passage from David Arnold's Poetry and Language Writing.  Whether this conclusion bears some relation to Tiffany's reading of Gáspár Miklós Tamás or his own wish-fulfillment is unclear, but it is essential that Cohen's sentiments not be so misrepresented by someone cutting, pasting, and stringing together logical constructions about a class culture and tradition apparently alien to him."

Your commentary is lowercase and not italicized 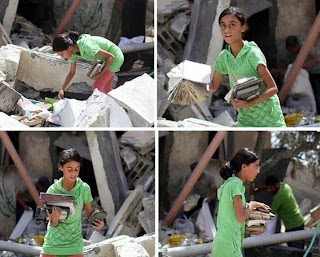 Susan Sontag: "Let the atrocious images haunt us. Even if they are only tokens, and cannot possibly encompass most of the reality to which they refer; they still perform a vital function. The images say: This is what human beings are capable of doing – may volunteer to do, enthusiastically, self-righteously. Don’t forget."

Sontag also may have helped prompt Commentary editor Norman Podhoretz' fresh attack on Ginsberg and the Beats in 1988 by, as president of PEN American Center, signing Ginsberg's letter in support of Palestinian press freedoms, or maybe, since Norm doesn't confide these things to me, it was Ginsberg going to a Tel Aviv protest to read "Jawah and Allah Battle" that year including the line "Commentary and Palestine Review sent me here!", or maybe it was only a matter of literary taste, as before.  Ginsberg's response was classic:

Good old Norman Podhoretz. If he weren't there like a wall I can butt my head against, I wouldn't have anyone to hate. And why hate him? He's part of my world, and he's sort of like the character the Blue Meanie.. did I ever really hate him or was I just sort of fascinated by him? I saw him as a sort of sacred personage in my life, in a way; someone whose vision is so opposite from mine that it's provocative and interesting - just as my vision is provocative and interesting enough for him to write columns against in the newspaper. In fact, maybe he's more honest than I am because he attacks me openly. So I should really respect him as one of the sacred personae in the drama of my own transitory experience.


Norm's son, a marital relative of Elliott Abrams, took over Commentary in 2009... 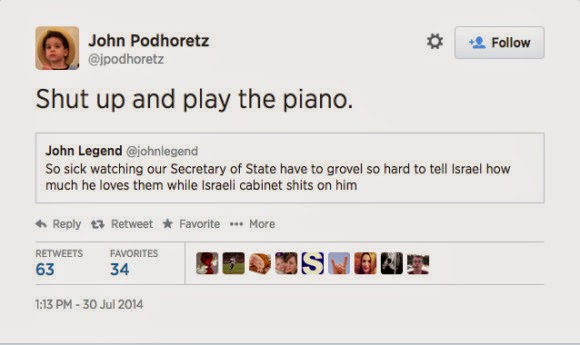 Posted by Ian Keenan at 8:45 AM No comments: