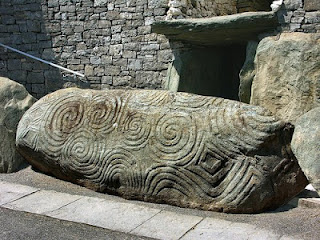 As you may have guessed, the focus on labyrinths noted here (I, II) did come from Borges by way of Smithson, an avid reader of literature.  Smithson in 1966: "Borges speaks of a labyrinth that is a straight line, invisible and unceasing" in proximity to his quotation of Pascal's he returned to two years later, "a looking-glass babel that is fabricated according to Pascal's remark, 'Nature is an infinite sphere, whose center is everywhere and whose circumference is nowhere.' Or (his italics) language becomes an infinite museum, whose center is everywhere and whose limits are nowhere." He also said in an interview that the artist shouldn't perceive art as unlimited but shouldn't know where the limits are. He noted Walter de Maria's lines in a landscape that went on for quite a while but stopped eventually, but these influences may help explain why 1970's Spiral Jetty is more visually labyrinthine than a straight line, but a line rather than an enclosure from an infinite circumference.

Although Smithson doesn't write specifically about Borges' conception of the labyrinth, its time-dimension according to Borges is well covered by Smithson.  "The Garden of Forking Paths" was described by the Sinologist in Borges' story of the same name as "an incomplete, but not false, image of the universe as conceived by Ts'ui Pen. Unlike Newton and Schopenhauer, your ancestor did not believe in a uniform and absolute time; he believed in an infinite series of times, a growing, dizzying web of divergent, convergent, and parallel times. That fabric of times that approach one another, fork, are snipped off, or are simply unknown for centuries, contains all possibilities." Smithson noted the completeness of the visual form of the mandala amid what Ad Reinhardt inserts from his temporal experience and conception of history into his 1956 "Portend of the Artist as a Thung Mandala:" 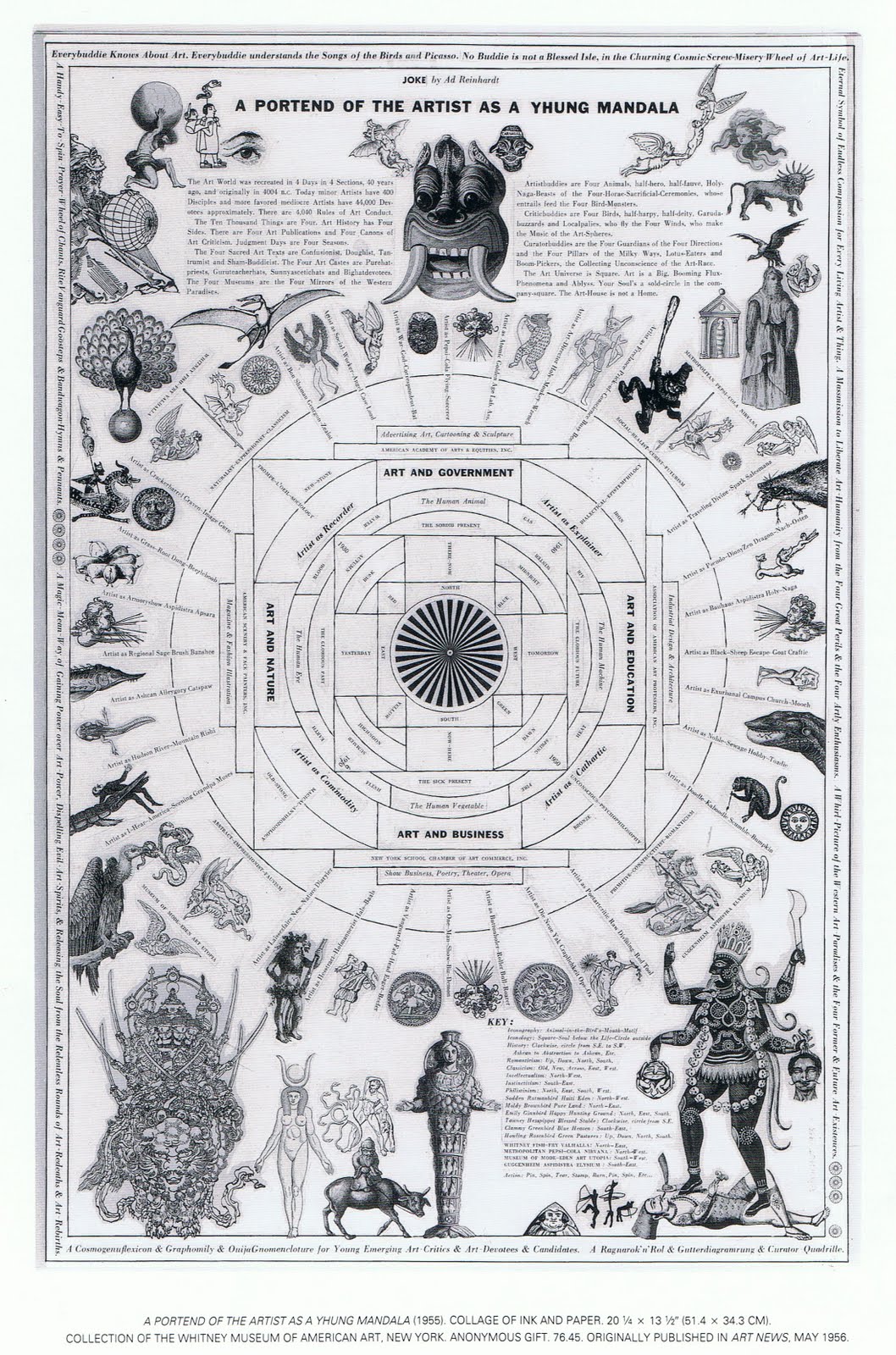 "The rim of Reinhardt's Portend becomes an ill-defined set of schemes, entities half-abstract, half concrete, half impersonal fragments of time or de-spacialized oddities and monsters, a Renaissance dinosaurism hypostatized by a fictional ring of time - something half way between the real and the symbolic.
This part of the Portend is dominated by a humorous nostalgia for a past that never existed - past history becomes a comic hell. Atemporal monsters or teratoids are mixed in a precise, yet totally inorganic way. Reinhardt isn't doing what so many 'natural expessive' artists do - he doesn't pretend to be honest. History breaks down into fabulous lies, that reveal nothing but copies of copies. There is no order outside of the mandala itself.'" (Smithson 1968)

Commenting elsewhere on the representation of time and history, Smithson argued: "The sense of extreme past and future has its partial origin in the Museum of Natural History; there the 'cave man' and the 'space man' may be seen under one roof. It didn't occur to me then, that the 'meanings' in the Museum of Natural History avoided any references to the Renaissance, yet it does show 'art' from the Aztec and American Indian periods - are those periods any more or less 'natural' than the Renaissance? I think not - because there is nothing 'natural' about the Museum of Natural History. 'Nature' is simply another 18th and 19th C fiction."  Smithson proposed "The Museum of the Void" modeled after Egyptian tombs and looking very much like the entrance to Ireland's Newgrange, (above) replete with spirals, which resounds with Simone Weil's "The future is the filler of void places" in Gravity and Grace, where she calls time "a substitute for eternity" and the past and future an "illusion" for "imaginary elevation," and "when pain and weariness reach the point of causing a sense of perpetuity to be born in the soul, through contemplating this perpetuity with acceptance and love, we are snatched away into eternity." 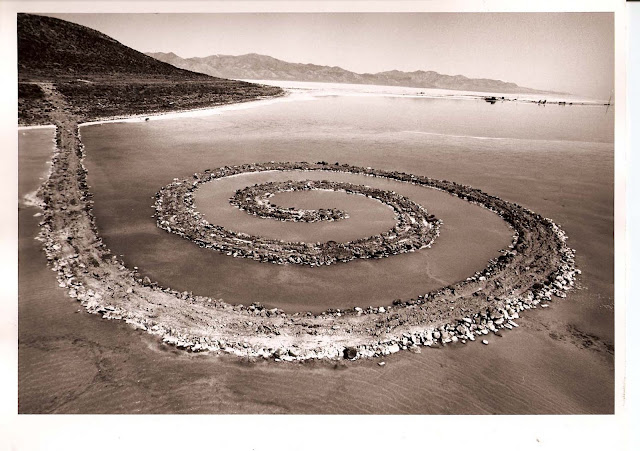 Posted by Ian Keenan at 7:09 PM No comments: