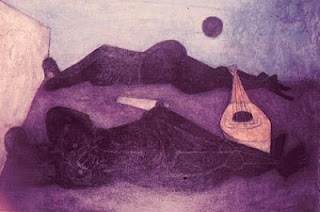 Death is the resource of transfiguration. It is, of course, the way out of life as well as into life, and life, says the popular Mexican song, is worth nothing, no vale nada. But it is also the entry into life, since life is as valuable as our conscience decides it is.

My impulse to cite Kafka in a discussion of political poetry may have come from a conference speech by Jean-Paul Sartre in 1963, when he said "Kafka wrote slim books which are only concerned with specific, petit bourgeois problems. But if one reads them in depth and discovers that totality which a modern, new novel must always aspire to attain. The totality is what the writers and readers have in common. Society produces both of us, so we must be able to recognize and understand each other through this common context, which makes it possible for us at every instant to speak to each other. So it does not matter very much if literature is called committed or not..."

In a similar vein, César Vallejo wrote in 1930 in his reflections on Mayakovsky that Bach, Beethoven, the Pyramids, Chaplin are "socialist" because "they answer to a universal concept of the masses and to feelings, ideas and interest common to.. all human beings without exception."  Vallejo decried the emotional manipulation of Maxime Gorky's novels: "The socialist poet does not reduce his socialism to the themes or technique of the poem. He does not reduce it to the inserting of fashionable words on economy, dialectics or Marxist law, to mobilizing ideas and political requisitions from invoices or communist sources, nor to characterizing the actions of nature and the spirit with epithets taken from the proletarian revolution." It is at times a confused essay, especially as he was concurrently writing the socialist realist novel Tungsten, with clear demarcations of good and evil, which was the primary influence on José Maria Arguedas' first prose work Agua, which Arguedas said was "written with hatred, with the fury of a pure hatred, the kind that springs from universal loves up there in the regions of the world where two factions confront each other with inplacable cruelty - one group that bleeds and another that squeezes out the last drop of blood," the stark economic divisions of provincial South American towns affecting literary form, contrasted in Vallejo's mind with Mayakovsky's demise and European modernism.

Speaking of Arguedas, there is some footage of the Yawar (bloody) Fiestas from Cotabambas province, Peru: the tradition of tying a condor to the back of a bull on Independence Day to celebrate the joining of the Spanish and the Incan. The winged animal suggests a dragon figure joining earth and sky like the Mayan Q'uq'umatz, but for the Incans the sky was an empty space to be filled by Viracocha, whose top attendants assumed the forms of the cougar, condor, falcon and snake. This well edited 95 seconds is embed-disabled, but this has more footage of the type of bullfighting Arguedas depicted:

Here the condor rituals lead to it taking flight while a woman reads a poem: