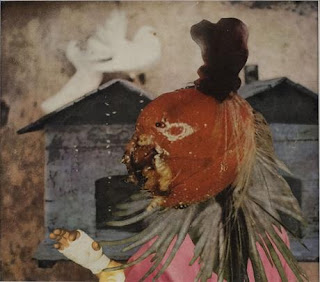 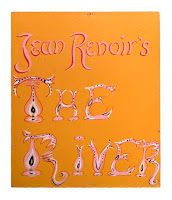 I forgot to mention Tabor de Nagy's presentation of Jess Collins' Ernst-inspired collages as well as quite a few paintings (thumbnails) while a committee struggles to preserve his murals in the Berkeley house once owned by Pauline Kael. The show includes movie posters he made for Kael's repertory, of movies I mostly don't care for save for Renoir's Golden Coach and The River...

..and speaking of movies, DC's Smithsonian American will remain even more Smithsonian til around the end of March, screening the 1970 Robert Smithson/ Nancy Holt 32 minute Spiral Jetty: The Movie on a loop wherein he discloses that he perceives the sun to be a labyrinth, only excerpted online:

I have enjoyed PS1's Greater New York in the past, full of inspired, original artists I have no recollection of seeing later in a gallery, but this one (til March 7) has rooms of fashion design to go with the other galleries discerning what is fashionable, my first visit there since the Dutch-curated Mike Kelley show.  Local history enthusiasts can play the 'Which Whitney Biennial does this most resemble' game.  Yesterday it helped me reiterate how the flyover assemblage of intersections of ethnic kitsch (Kiosk) and repetitive* commentary on it (Liene Bosquê) contrasts with the therapeutic bricolage of the Ecuadoran botánicas in Little Guayaquil when you get off at 103rd where.. 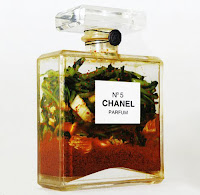 ..Zhang Hongtu is up one more day and a few hours at Queens Museum.  Propitiously he has beckoned to the wall space of Asian-themed dining rooms in Long Island with pastiches of post-impressionists painting Chinese landscapes to go with his riffs on Picasso, Lichtenstein, Baselitz, Baldessari etc painting Mao, against whom his all-encompassing anger cannot be appreciated by Americans even as it is welcomed by some collectors and not others.  Graham Greene's critique of the aesthetics of revenge doesn't appeal to this former Party member. His "Kim Chi Chanel," (right) evokes my memory of accidently organizing the car trunk so someone's wardrobe smelled of it, but the period that interests me is when he first came to the US, took classes where he was encouraged to pick any brush stroke and color palette he wanted and express his inner feelings, leading to a room here of ambitiously brutal psychological self-portraits by a master painter.

Regina Silveira describes her symbol of imaginary frogs (below) being absorbed by a real metal grate, a floor above her latest poetry collaboration, as awakening its descendants to "improbable and extraordinary happenings, as well as openings for the territory which can give rise to invasions and irruptions of every sort," til March 28. 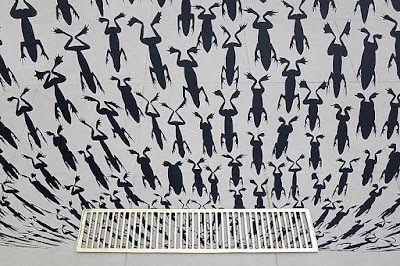 * In the highly Piri' Miri Muli' recommended Broodthaers show, his first use of ethnic kitsch (below) was (1) in 1964, after CoBrA had gone first; (2) an unflinching critique of Belgian colonialism, after the anti-nationalist Québécois Borduas had painted his final works in black and white. MoMA's contemporary selections til April 10 go in the direction of the international and political, mostly with what I regard as misses to go with the showstoppers: a decade-old Nalini Malani screen projection contemplating Western symbolism in the nuclear age, and Alfredo Jaar relating in 2002 the visual impairment of Mandela after his prison tenure to media coverage of the Afghan war.

Posted by Ian Keenan at 2:46 PM No comments: 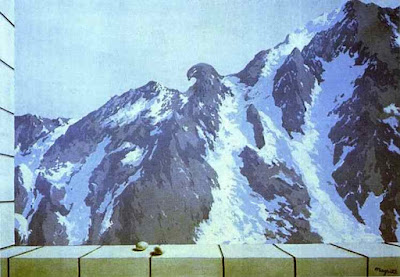 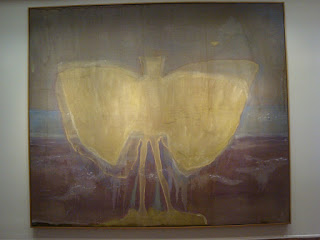 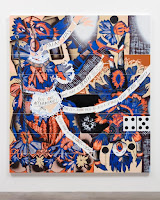 Today is the last day of Lari Pittman's NUEVOS CAPRICHOS series (left) at 530 w 21 St Gladstone, which, like his past shows (I, II) is well worth checking out if you haven't - these augment the Goya theme with cel vinyl calligraphy of Emily Dickenson's pain poems, by someone who suffered near fatal gunshot wounds a while back.  They also have Marisa Merz up for another week at 130 e 64.

Update: Forgot to mention the Dzama and Pettibon show at Zwirner another week, featuring the likenesses of James Joyce, David Bowie and Dzama's Flower of Evil trailer. Also, Lelong at 528 w 26 has two large Ana Mendieta projections and other works of hers another month and a half.

Sundaram Tagore's group show at 547 West 27 has five Sohan Qadris spread around for another two weeks, with Mickalene Thomas' Haitian and Diana Ross-themed photo portraits upstairs at Aperture.  Tagore's Steve McCurry show is up for two more weeks in Singapore, but New Yorkers can check out his photos of India at the Rubin til April 4, ending a day after Philly's photography of India show.

Valentine's Day brings Marcel Broodthaers at MoMA to go with his Écriture show at Michael Werner 4 e77.  Werner's gifts to the Phillips are up another two months, with two politically symbolic Immendorfs.  Also in DC the Hirshhorn's Surrealism and Sculpture show ends Sunday, Louise Bourgeois (below) has a room at the NGA, and there's quite a long line in front of the Renwick for their new installations. Darren Waterston's state-approved, art historical referencing vandalism of Whistler's decor led to a morning exchange..
Guard: Did you do this?
Ian: ..hmm..
G: You'll have to come with me.
I: (2nd guard enters) I can take you both. (leaving) Have you used that line before?
G: It works on smaller guys. 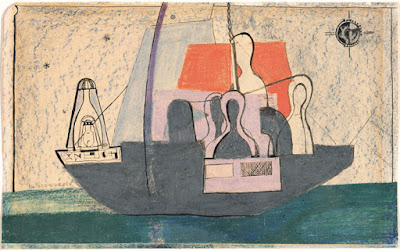